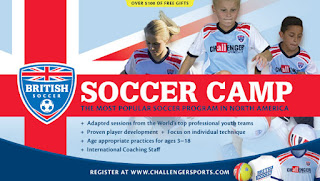 British Soccer Camps are the most popular soccer camp in the US. With an innovative curriculum that develops skills, speed and confidence in players ages 3-18, The British Soccer Camp provide boys and girls with the rare opportunity to receive high-level soccer coaching from a team of international expert's right in the heart of their own community. In addition to teaching new skills and improving game performance, each British Soccer Camp provides lessons in character development, cultural education and is the most fun your child can have learning the sport they love!
Enroll you child in a British Soccer Camp today REGISTER FOR CAMP & GET FREE SOCCER JERSEY, SOCCER BALL, T-SHIRT & POSTER with code: CAMP17
.@ChallengerCamps  https://www.challengersports.com/british-soccer/.@usfg
Posted by Vanessa at 7:20 AM 30 comments: 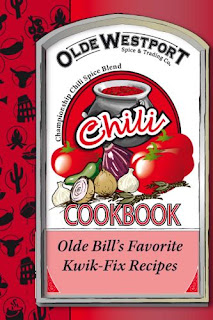 Online specialty Food Company stands the test of time - Spice Company creates custom spice blends, sesonings and dry soups. Olde Westport Spice & Trading Company is a 33-year-old spice manufacturer that is still going strong. This online company operates a small plant in Goodland, Kansas, and knows a thing or two about spices, seasonings and soups. This family owned and operated company was originally founded in the Kansas City area and has stayed true to its mission of making custom spice blends for main meal dishes and appetizers as well as nearly 20 varieties of dry soups. The products are available online at www.oldewestportspice.com; at food-related craft and trade shows throughout the Midwest; and at gift and gourmet food shops. Olde Westport's spice blends and seasonings include Italian, Cajun, Taco, Fajita, Chili, Jalapeno, Beef Sauce, Salsa, Garlic and many more. All of the products use quality ingredients for a balanced flavor that compliments meats, pastas and vegetables. The company also invented dry soup mixes that are simple and easy to make including Antonio's Minestrone, Country-Style Creamy Potato, Chipotle Black Bean, Creamy Broccoli and Cheese, Kansas City Steak & Ale, Gold Coast Garlic Pasta Alfredo, Mesa Flats Chicken Enchilada, New Orleans Red Bean & Rice, Southwestern Tortilla, White Chili Soup and more. Olde Westport Spice and Trading Co. is owned and operated by Bill and Judy Petersen, who along with their daughter, Ann Myers, also own and run a restaurant (Westport Grill) in Goodland featuring the products. Bill first custom created all of the spices and seasonings in the kitchen of his home. Today the company has a manufacturing facility where Bill still researches and develops new recipes and dishes for future products. For more information or to place an order, please visit www.oldewestportspice.com or call 1-800-537-6470.

CHAMPIONSHIP CHILI SPICE BLEND - This championship spice has helped chili creators win 12 state and national championships throughout the years and all over the US! But what is most important to us about our Olde Westport Chili Spice Blend is that our customers love to use it in their chili whether it's for a national championship cook-off challenge or simply for their own family in their cozy kitchen on a cold winter's night. We've heard from countless customers that our attention to detail and quality is what makes this chili spice blend stand out above the competitors. We know you might put beans in your chili or maybe you add apples and sausage or perhaps you have a special recipe that is top secret but starts with thick-cut bacon... however you concoct your chili we hope you'll try our chili spice blend.

GOLD COAST GARLIC SHAKE - Gold Coast Garlic Shake spice blend is truly one of those special blends of garlic, herbs and spices that our customers use in sour cream dips, sprinkle over steamed vegetables, fresh vegetables from your garden, garlic mashed potatoes or steak on the grill. There are more than 50 recipes in the Olde Westport Gold Coast Garlic Cookbook that will give you lots of ideas for quick simple meals with that high-end restaurant flavor. A garlic experience you will never forget. Check out the Olde Westport web site for a few recipes and placing orders.

I have an 8 year old , soon to be 2 year old daughter and husband that are all obsessed with building toys. I was so excited to hear about Brick Swag. It is the perfect gift to give to the person in your life that has everything. A gift that keeps on giving!
Check it out!
BrickSwag is the #1 membership for LEGO fans. Each month includes official LEGO kits to build and keep, exclusive t-shirt, Build magazine, Funky Fig trading cards, and more surprises.
Mission: To Inspire, Educate, and Entertain with LEGO bricks. My readers receive 20% Off their BrickSwag subscription with this exclusive promo code: FAM20


This is NOT my child but check out this video.
Posted by Vanessa at 11:39 AM No comments:

My family has attended this event in Philadelphia over the summer too!

It is a fun family experience. Do it!
Posted by Vanessa at 5:31 PM No comments: 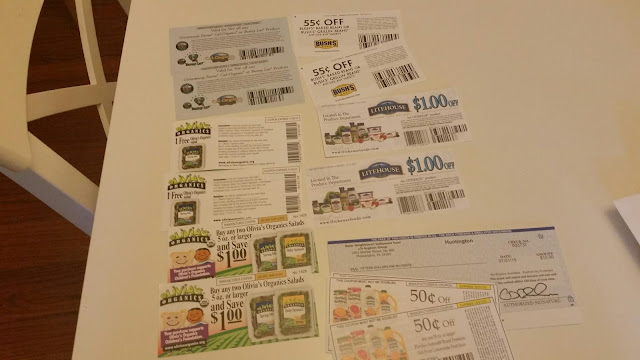 Posted by Vanessa at 6:07 PM No comments: 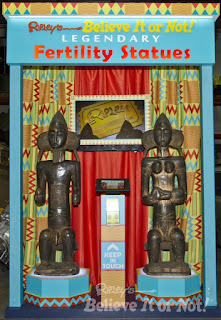 Believe It or Not!, Ripley's is now located at the Baltimore Inner Harbor. Come see over 15,000 square feet of the odd and weird world of Ripley's Believe It or Not! where truth is stranger than fiction. See a real shrunken head, Hogwarts Castle made of matchsticks and much much more! Along with incredible artifacts and artwork from all around the world and over 100 "interactives" take a ride on our 4D Moving Theatre and get lost in our Marvelous Mirror Maze. You can also take home your very own wax hand that you create. Ripley's has been proudly freaking out families for over 90 years. Why just say it, See it!

Special Exhibit!
Oh Baby! Ripley's Believe It or Not! Fertility Statues to Go on Display at Ripley's Baltimore Odditorium - Hundreds of women believe that simply touching the statues helped them get pregnant

If you believe, you may conceive. That's the belief of thousands of women who have touched the Ripley's Believe It or Not! Legendary Fertility Statues.

The statues will be on display in Ripley's Baltimore Odditorium starting Friday, June 19 and can be seen - and touched - for several months, free of charge. Baltimore is the first stop on the fourth world tour of the Legendary Fertility Statues.

The history of the statues
The statues were hand-carved by the Baule, who live in CÃ�ï¿ 1/2Ã�Â´te d'Ivoire (Ivory Coast) in West Africa, and probably date back to the 1930s. Ripley's acquired them in 1993 and put them in the lobby of the company headquarters in Orlando. Within months, 13 women, including staffers and office visitors, were pregnant.

Following a December 1995 story in the Wall Street Journal chronicling the phenomenon, the demand to touch the statues became international news. In the ensuing years, the statues made three trips around the world. Women routinely made special visits just to touch them. Some who couldn't make it in person faxed copies of their handprints to employees, asking them to rub the handprints on the statues.

How to touch the statues in Baltimore

The statues will be on display in the lobby of Ripley's Believe It or Not! Baltimore Odditorium during regular business hours, Monday-Thursday from 10 am - 9 pm; Friday-Saturday from 10 am - 10 pm, and Sunday from 10 am - 8 pm. There is no charge to see the statues, but tickets will be required for visitors who wish to tour the Odditorium.
Posted by Vanessa at 3:05 PM 1 comment:

Accidently Domesticated is part of BLOGHER!